The Material Force for Empowerment

By Racquel C. Nicdao December 08, 2020
Communication is imperative in influencing and modifying harmful ideas and notions of life that can impede certain groups of people to develop its full potentials.... 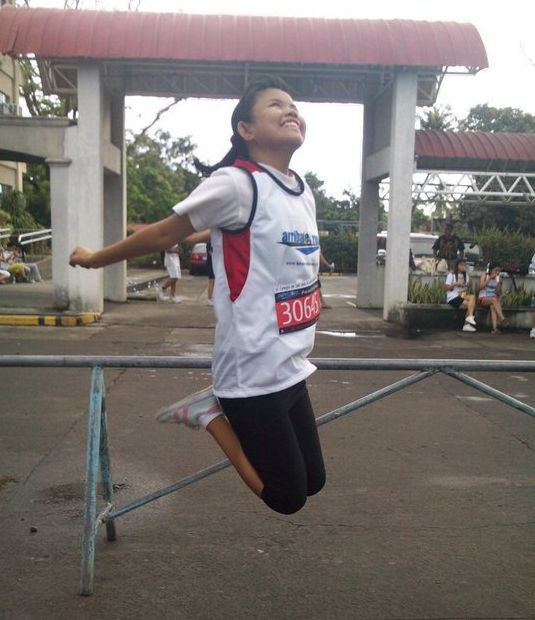 Ever since, I have always been a conformist.  I’m that type of person who always conforms to the usual practices, opinions and beliefs inherent to the culture in which I belong. This is due to my desire to be recognized as a normal person and to be accepted as one by friends, acquaintances, colleagues and loved ones.  For this reason, I have always make it a point to take no risk in going beyond (in thoughts and in actions) the defined and traditionally accepted norms.


However,  I have now realized the importance of the “critical method” or the “philosophy of praxis” in addressing the diverse challenges that afflict the human life.  I have discovered that critical awareness should be a collective activity that involves not only intellectuals but also in concurrence with the political and social structures of the society and among large portions of the population.  This way, harmful ideas, thoughts and conceptions are not only corrected and modified in accordance with the evolving societal exigencies, but can also become, in the phrase of the German philosopher Karl Marx and habitually quoted by the Italian philosopher Antonio Gramsci, “a material force”.

Furthermore, I have learned that critiquing and analyzing the diverse dimensions of human life is a way of revealing cultural conceptions that can hamper  people to acquire a complete and rational knowledge and understanding of how the world really works. For example, my conformist attitude in life has impeded me to see that even in liberal societies such as the United States or the European countries, certain categories of people are, in some ways, “oppressed” not by unruly autocrats, but because of the condition of poverty they are living.

Marginalization/exclusion of some groups of individuals because of race, gender, sexual preferences, physical and mental disabilities and age, is also a sort of oppression.  There are also oppressed people who are not even conscious of their condition of being oppressed, because of a set of cultural convictions that made them believe that they are “naturally inferior” and as such, they do not have a voice.

Oppression leads to inequality.  Oppression creates social conflicts.  So, oppression should be eliminated to create an equal world, where every individual should be given and provided the chance to emerge.  But, the question is, how can the oppressed be empowered?

As a development communication practitioner, I think that communication and media can do a lot in empowering the underprivileged and marginalized groups in societies  Words count and they count a lot to raise awareness and to generate social transformations that could lead to an improved life. Effective communication strategies are needed to help people and social and political institutions to change.  Harmful cultural beliefs, ideas and notions should be identified, modified or changed in response to the evolving global society.

Thus, I think that communication for empowerment should focus its attention to the disempowered and marginalized groups. The disempowered should be provided with: (1) access to information on issues that directly concern them, (2) a legitimate and public space to voice out their various problems, and (3) a channel through which they can discuss issues between themselves and other people.

The use of the internet, for example, can help a lot in information diffusion in both the rural and urban areas.  This is because the internet is becoming more ubiquitous, has a wider reach, and because of its interactive nature.  The internet can allow people to have a space and a voice to openly discuss concerns and challenges in life.  This system of interconnected computer networks can allow people to have free access on information that is crucial for empowerment.

I think that communication is imperative in influencing and modifying harmful ideas and notions of life that can impede certain groups of people to develop its full potentials.  The media’s role in amplifying and strengthening new thoughts, ideas and perspectives in line with the evolving global society is an important element to bear in mind in developing communication empowerment strategies.  But is the media industry ready to meet such a challenge?

Over the years, I have seen how the media have evolved rapidly.  The media scenario in most developing countries has been marked by an upsurge in democratization and liberalization, especially with regards to the broadcast media.  In a macro-level, changes have been positive. Currently, there is a remarkable independence for media channels in various countries.  In addition, with the onset of the Information and Communication Technologies (ICTs), the media have become a dominant figure in all aspects of everyday life.  They are seen as major sources of easily accessible and widely available information:  a favorable environment for boosting positive social transformations.

Yet, the media seem unlikely favorable to become a principal driver of change. I believe that the media have grown to become a Goliath, lurking on us every day, but still refuses to act and behave us one.  The media continue to conceal itself behind the notion that posits the media as only and exclusively a dispenser of a one-way process type of information, and, most of all, a dispenser of various forms of entertainment.  The media feed the masses what they want and not what they really need, neglecting/ignoring the poor and marginalized groups.  And, they do this for economic convenience.

Although lots of challenges are being countered by the media environment with regards to the increasing competition and claims of advertisers and sponsors, I think that it is about time that media executives should make an auto-critique on their beliefs and actions,  and what should be the real role of the media in the society.  Will the media function simply for profit or will it function to give the poor and marginalized a voice in the society?  If media executives will have the courage to join in the collective effort to serve the underprivileged, then, I think, this scenario would mean enough “material force” to generate effective communication empowerment strategies that may, in turn, lead to a better or improved society.