By Racquel C. Nicdao October 03, 2019
Media attribute its own meaning to the content being channeled to its target audience... 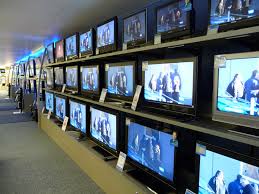 Over the years, the mass media have assumed a prevailing role in the global society by becoming the key source of regular and incessant flow of data, images and information.  People have become heavily dependent on the media, receiving big quantities of news and all kinds of information.

When people access information by means of the mass media (or through the eyes of the mass media) the media attribute its own meaning or logic to the content itself, generating in the process its interpretation of the issue involved.  As it channels the specific content to the public/audience, it obviously imposes that kind of logic to them.

Thus, reality constructed and imposed by the media to its audience does not necessarily mean the real one, since media content is the result of the work of reporters and opinionists, who are also being influenced by their respective convictions and beliefs: their own systems of meaning.

The Agenda-Setting Theory, for example, well delineates the notable influence of the media in feeding news to the audience.  This hypothesis, formulated by American researchers M. McCombs and D.L. Shaw, involves the raising of public awareness and concern on specific issues selected by the media. The Agenda-Setting theory is based on the following
assumptions:
1 .The press and the media do not represent reality, or do not represent what is objectively true.  The content they transmit to the audience is filtered and shaped  by the reporters who have their own set of cultural beliefs and who  work in accordance with the company’s established line and ideology.
2. The media concentration on few issues brings the audience to assume that those are the most important topics that they should think about or worry about or discuss about with other people.

The Framing Theory is also an essential thing to consider in the perception of media reality.  The core of the theory lies on the supposition that the media grab the attention and interest of the audience to some issues, they decide what to tell and what people should think and  feel about it by crafting a specific content that takes up its purpose, thereby omitting or manipulating certain facts in the issue  to come up with the frame they have chosen.

Furthermore, media in the form of commercial spots, posters and billboards, TV shows and plots, movies and other visual effects are full of subjective meanings that persuade,  manipulate and affect people’s spending habits, attitudes and values towards beauty, love, success, happiness, family and social relationships.

In a macro-level, this denotes that the mass media operate as the one who filter news and information, who decide how to present these to the audience and how the audience should feel about it, influencing and shaping the people’s ideas, opinions, attitudes and values: their set of cultural beliefs.

As a conclusion, it is the media itself that impose meaning to events, behavior and other issues that concern people:  meanings that  do not necessarily correspond to what is objectively true.