January 20, 2021
When Antonio Gramsci talks about hegemony, he refers to the hegemony of a specific “dominant social group or groups” over the whole society... 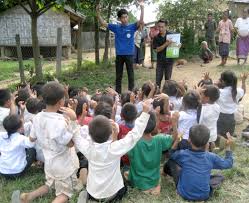 It was the Italian Marxist philosopher Antonio Gramsci who introduced the concept of “cultural hegemony”.

In the Selections from the Prison Notebooks (1999), Gramsci argued that power is based on the presence of two elements: force and consensus.  If force triumphs over consensus, dominion is obtained.  On the other hand, if consensus prevails, hegemony exists. Thus, for Gramsci, hegemony is grounded essentially on consensus.  And this consensus is achieved by means of persuasion.  Persuasion in all its forms is thereby used to convince that a specific political or cultural idea is better than the others or is “the only way” to view the world.

It is noteworthy to emphasize that  hegemony, for Gramsci, is the hegemony of a specific “dominant social group or groups” over the whole society, applied  through the various structures or organizations, like the church, schools or labor parties.  Hegemony in this case means the success of the “dominant social group(s)” in presenting their definition of “reality” or their vision of the world, in a manner that is accepted and considered by other social groups as “common sense.”  The other groups look at this “common sense” as the “right way” of viewing the world.

Hegemony involves not only political ideas, but, most important of all, cultural ideas and norms.  According to Gramsci, both the dominant groups and subordinated classes are persistently struggling for dominance with regards to the definitions of reality or ideologies.  The dominant groups try to include ideas and behaviors within the terms they themselves lay down in line with their interests.  In contrast, the subordinate groups struggle to preserve and to continue in insisting the legitimacy of their own perception of reality.  For the dominant groups, the function of this continuous struggle is to form a collective consensus, capable of transforming the society at their advantage.

When I think of hegemony, the first thing that comes into my mind is the “hegemony” of the Catholicism in all aspects of everyday life.  I believe that this is the most prevailing type, because it embraces how we, its devotees, consider family, social relationships, values and principles in life.  It affects our unconscious mind, our whole ideological identity.

As Catholic devotees, our perception of reality is based on the Catholicism’s definition of reality, and when we see people doing the opposite thing or things different from “the way we do things”, we tend to label them as “weird” or “strange”.  For this reason, any group who present an alternative view of the world is  likely to be marginalized.