By Racquel C. Nicdao October 11, 2019
Social changes can be fostered by addressing the pervasive social problems that impede development... 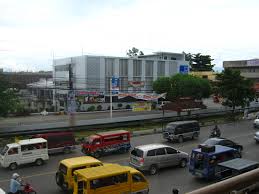 Social problems are conditions that are deemed negative, conditions in which individuals, communities and societies are affected. Social changes denote modification or transformation from a specific condition to another condition. In other words, social change is an ongoing process that can be unprompted (a result of the evolving times) or planned.

But how can social changes be fostered?

For example, one of the pressing challenges facing the Philippine society today is poverty. Poverty is a social problem that needs major attention by the Philippine government. According to figures from the Philippine Statistics Society, the poverty incidence registered during the first semester of 2015 was 26.3 percent, some points higher compared to that of 2014. This means that about 11.4 million Filipinos are living in conditions that are below the poverty line.

It is vital for the Philippine government to address poverty because it is a social problem that affects every aspect of everyday life, a problem that impedes development. Poverty brings out other problems like malnutrition among children. Education is also largely affected by poverty. Many poor families are unable to send their children to school because they do not have the financial means to provide the necessary materials and to support their children while they are at school.

Individuals who were not able to have an appropriate education may end up unemployed or doing low-income jobs that can make them feel frustrated of life. And because of this, they may also experience discrimination. Since they are frustrated and desperate of their living condition, they may
also end up having vices or doing criminal acts just to survive.

As a conclusion, it is crucial for societies to address social problems in an effort to achieve development. Social problems can only be eradicated by promoting actions and initiatives that may, in turn, foster planned social changes that can empower individuals in societies.

References:
.Ongkiko, I.V.C. and Flor, A. (2003). Introduction to Development Communication. SEAMEO Regional Center for Graduate Study and Research in Agriculture and the UPOU

. Poverty Incidence Rises in the Philippines. (2015). In ABS-CBN News. Retrieved from http://news.abs-cbn.com/business/03/06/15/poverty-incidence-rises-philippines